Legalize Lutefisk was written by Leigh Johnson in 2011 as a holiday one act stage play. He shared it with his partners at Subtext in 2016 with the thought that it might become a holiday offering in the Chicago Theater scene. One of his partners (Rocky Hagloch) shared the script with his son Jacob who immediately felt the script should be and could be recorded into an audio drama and he offered to produce and edit the project.  The cast gathered at Johnson's Aurora home on Sunday, December 4th, 2016 and spent the day in a recording session performing the script as an audio play. Jacob Hagloch then began building the production selecting the best takes, added music and sound effects, eliminated the "noise" from the background and created our first rendition of LEGALIZE LUTEFISK, the audio drama. On December 19, 2016  the file was uploaded, an email was sent offering to the public as a Holiday Gift the fruits of our labor which you can still enjoy to this day, click HERE ! 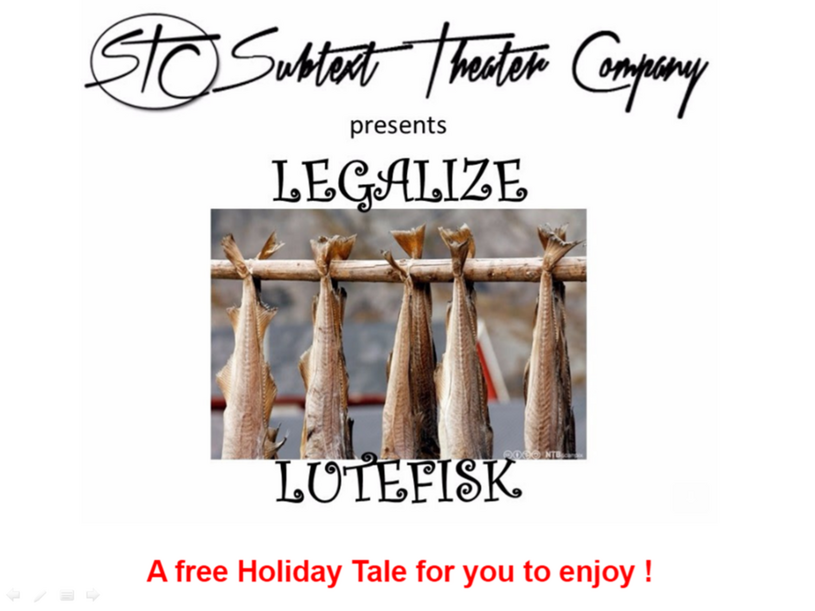