PHOTOS FROM THE PRODUCTION
photos by Julian Saldierna

If you missed our live broadcast of
Legalize Lutefisk
you still can capture the
Holiday Magic
​Click here to watch the broadcast which begins after 30 seconds of black.
WE WISH YOU A
​GOOD JUL!. 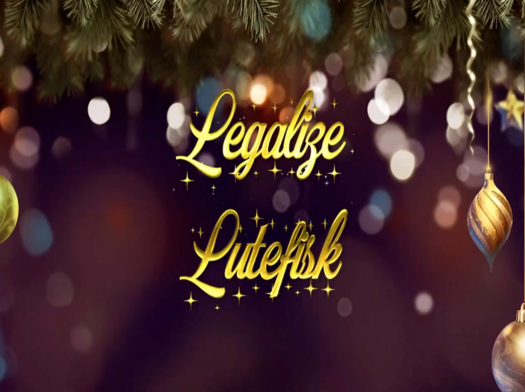 In late 2019 Jacob Hagloch had another idea for Subtext Theate Company in regards to the live radio broadcast version of Leagalize Lutefisk. He offered to take the story to yet another level by opening the school he teaches at, Illinois Media School  in Lombard, IL. and doing a LIVE broadcast from their television studio over facebook live! With the combination of some students from the school as actors, actors from Subtext and students & instructors serving in the technical positions on Saturday, December 14, 2019 at  5 pm Subtext went LIVE ON AIR and broadcast the radio scripted version of LEGALIZE LUTEFISK LIVE!